A patent is a set of Intellectual Property rights granted to a patentee by the government to have an authority over the exclusive ownership and business prospects for an idea. It is granted for a specified period of time in lieu of detail information from the patentee regarding his/her invention or product. This right would deter others from making, selling, using, importing or processing the product(s) without the patentee’s consent. If any third party still manages to do any of the former stated acts, the patentee will have full power to take legal actions against that entity. It is, therefore, advised to know the finer details about the patent application types in India. 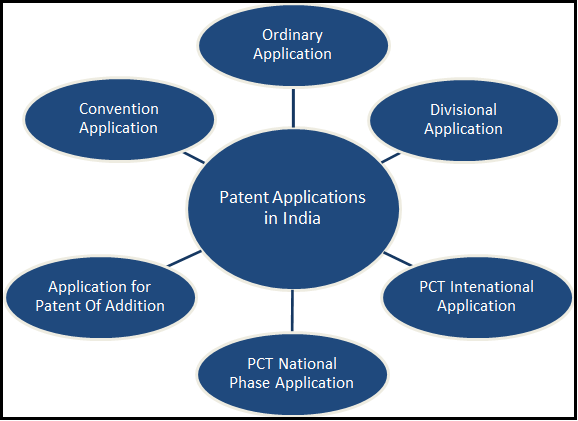 A patentee is benefitted from his/her invention due to the patent rights. He would not have to fear about any third party copying his ideas or making a profit from his invention directly/ indirectly as the Patent Law would forbid the entity to do so.

As instructed by the Controller, the applicant would be required to furnish copies of specification or documents certified by the chief of the Patent Office of the convention country. A translated format of the above-mentioned documents must also be furnished if the language is anything other than English.

You don’t want to do these mistakes while filing your Patent Application!

The Patent Co-operation Treaty allows an applicant to seek protection internationally for their inventions and can be availed in 148 countries. One thing should be kept clear that the PCT application doesn’t provide the grant for an international patent. It allows the patent application to be submitted simultaneously in multiple countries within 30/31 months from the date of filing of PCT application. It is, therefore, the most cost-effective and comprehensive method for applicants aspiring to seek protection in multiple countries across the world.

An Indian applicant can file the PCT International application in three ways. They are as below:

Is it necessary to hire a patent agent to file a patent in India?

Similar Insight: What is the cost for Patent Registration in India?

How to File Patent Application Globally?

What to know about filing Different Types of Patent Applications?