The software is a non-patentable subject matter, as per the Indian Patent Law. There have been instances where things were different or exceptional. Big multinational companies were successful in scoring different patents in software, but not the smaller domestic ones. So what is the position of software patents under Indian Patent Law? 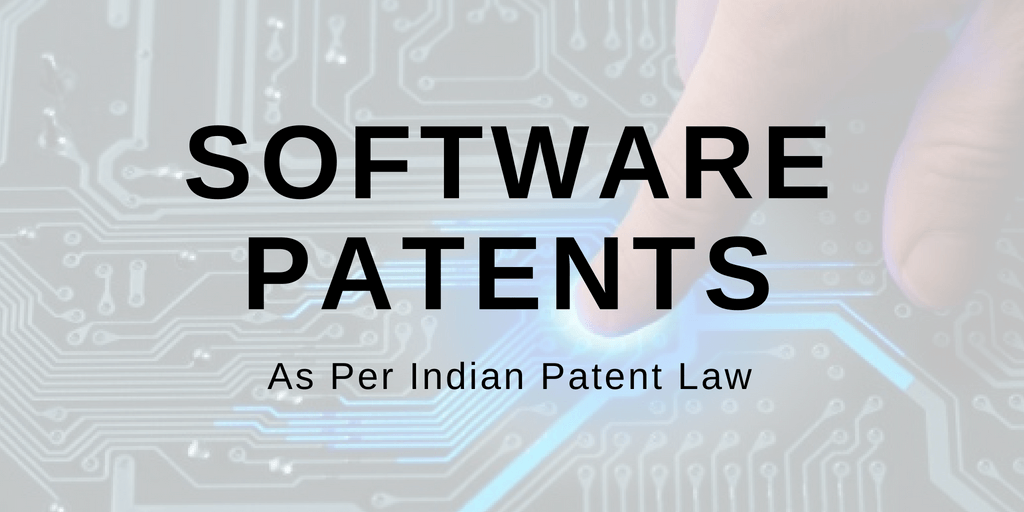 According to the Patents Amendment Act (2002), the following are not patentable under Section 3 for Computer-Related Inventions (CRI):

As per the above guidelines for examination as propounded by the Patent Office, a computer programme cannot be patented. A software is a combination of computer programs. Thus according to the definition and also by the Patent Law, software can never secure a patent grant, as a single individual entity. However, on the contrary, some patent offices readily granted a patent to software whereas some offices opposed to it till 2015 as there was no equality in following the law among the offices. Though Business Methods were always non-patentable, still there are quite a few examples of Business Methods that were successful in getting the grant.

To know complete details about patents in India, read: How to file Patent in India- Requirements | Procedure | Specifications | Forms

Some business methods and software patents which successfully got the grant, are:

The most debated and ambiguous term of Section 3(k) of the Patent Act is the term ‘per se’. The literal meaning of the word ‘per se’ is themselves. Thus, an isolated or individual software will not get a patent grant. One must combine software with any hardware to be patentable. Business Method continued to be non-patentable. It, however, didn’t solve the purpose and the Indian Patent Office amended the Computer-Related Inventions (CRI) guidelines both in 2016 and 2017.

Also Read: What Inventions Can Be Patented In India?

According to the recent June 2017, CRI guideline novel hardware is a mandate for software to obtain a patent. To determine patentability for software, consider the following ‘three-stage’ test (Section 3(k) of the Indian Patent Act,1970):

The revised CRI guidelines will be helpful for patent practitioners as well as the patent applicant.

The purview of the Revised CRI Guidelines

The revised CRI guidelines being more strict does not allow an easy grant of a software patent. The most important points are as below:

To know about us, visit our service page.